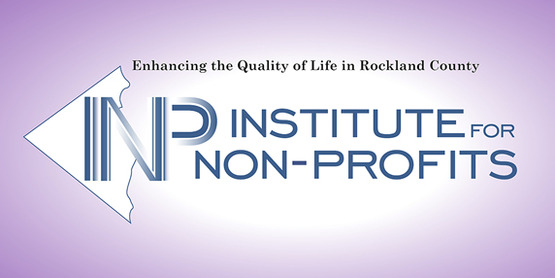 Impact of Non-Profits in Rockland County

The Economic Impact Survey of Non-Profits in Rockland County

United Way, Meals on Wheels and the Martin Luther King Multi-purpose Center are just a few of the well-known and beloved non-profit organizations in Rockland County. Although many people are familiar with the invaluable work these and other non-profits perform, few understand the enormous economic impact they make on the local economy. When people talk about job creation and economic growth, they often forget the role of non-profits even though non-profits provide 18% of jobs in the private sector in New York state [Thomas D. DiNapoli, Office of the State Comptroller, Profile of Non Profits in New York State, 2016. Employment data from US Bureau of Labor Statistics, Department of Labor, as of 2012, most current data available.].

To emphasize that point, the Institute for Non-Profits in Rockland conducts a survey of local non-profit organizations every five years to determine their economic impact. Cornell University’s Community and Rural Development Institute assists in analyzing and modelling the survey data. Findings of the survey are used to educate the general public, the business community and local government about the significance of this sector in terms of revenue generated, expenditures made in the county and job creation. Non-profits use the report to demonstrate to their funders that their impact goes far beyond the services they provide. The results of the most recent survey from 2017 are reported here.

In 2017 on behalf of the Institute for Non-Profits, Cornell Cooperative Extension of Rockland conducted a survey of the County's non-profit businesses to determine their direct and indirect economic impact on the community. Senior Extension Associate David Kay at Cornell University analyzed the results.

Snapshot … based on 287 organizations

Although Rockland is home to more than 1,160 non-profit businesses, only 287 were included in the survey -- focusing primarily on the human service sector, arts, cultural and environmental missions. Agencies not surveyed included religious institutions, private foundations, public schools, colleges, hospitals, professional member organizations as well as those with no budget or paid staff or whose mission could not be identified. Following are extrapolated conclusions drawn by Professor David Kay at Cornell University about the 287 agencies.