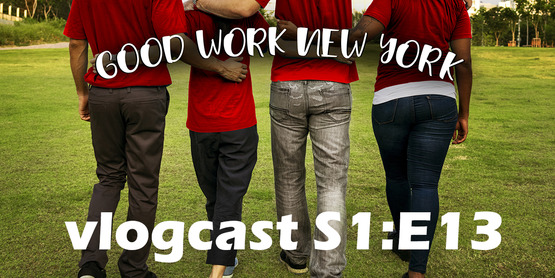 On Good Work New York, we're talking to Kirsten Kurtz of the Cornell Soil Health Laboratory. She's been using an innovative outreach method to get folks interested in soil: painting with soil! Learn more about Kirsten's soil art on her page: SoilPainting.com. Follow her on Instagram at: @kirsten_kurtz Find images of the soil painting projects and the video of Kirsten's World Soil Day 2017 project, Three Sisters, on the Cornell Soil Health Lab's site: SoilHealth.CALS.Cornell.edu.

Charlie: Hi there, Charlie here. Communications Manager for Cornell Cooperative Extension. This is my pet project Good Work New York a podcast where we're talking about all the good work that happens here in Rockland County, the Hudson Valley, and New York State. Today I have with me miss Kirsten. Say hello.

Charlie: Miss Kirstin, would you be so kind as to introduce yourself?

Kirsten: Hi, yes, my name is Kirsten Kurtz. I am the manager of the Cornell Soil Health Laboratory. I'm also a graduate student in the field of Natural Resources here at Cornell. And I'm a classically trained artist who is primarily known for painting with soil.

Charlie: And that's actually what caught my interest. I saw recently on social media that you went to a big soil conference attend brought along some of your soil paintings. Is that right?

Kirsten: Yes, I was just at the Tri-Society conference in Texas so that is an international conference of soil scientists, crop scientists, and agronomists. I was an invited speaker to come and talk about the outreach work that I do with my soil painting initiative, and I also helped to organize a soil Art Show there.

Charlie: That's great and now speaking of someone who dabbles in art myself, I have to ask. I know paint is expensive and full of microplastics and all of that stuff, but why soil?

Kirsten: Ah, yes. so I was working in the Cornell Soil Health Lab, and I was really loving the variety of colors that came into the lab. We receive thousands of samples a year. At the same time I was taking a class in acrylic painting, and I was really struggling with colors and finding them to be quite garish. So I asked my professor at the time if it'd be alright for me to try to create my own paint with soil. She said it would was, and then that's pretty much all I've been painting with ever since.

Charlie: That's great and now you've been -I've seen you've used your soil painting as an outreach tool| to get people more interested in soil. Can you tell me more about that and what what should we know about soil?

Kirsten: I work with soil health so what we're doing is we're looking at soil in a holistic way. So typically people were testing soil just for nutrients. We look at physical and the biological properties as well. Many people don't know that soil is alive. You know there's more organisms and a teaspoon of soil than there are people on the planet. It's kind of one of those cliche things that our soil scientists say but it's true, right? So I guess point being is that a lot of people don't think about soil as anything besides ground, right? And 'I guess our crops come from there' but really soil is highly varied. It's incredibly important for food security for our future. So I'm just trying to raise the profile of soil. So the way that I do that is I hold soil painting events where typically I will paint a canvas that has a design that I've pre-drawn on to it, alone or with a group of other artists or scientists. And then I have a blank canvas or canvas with a simple design like this canvas behind me. I didn't paint this this design. I set up and this was painted by hundreds of passer-by'ers at one of my events. So it's just a way to get people thinking about soil and not in such a formal way. Se end up having conversations about soil properties, about soil forming factors, all sorts of things, but I'm not trying to teach soil formally. I'm trying to spark the conversation.

Charlie: That's wonderful, and I think I saw that the UN has modeled their soil painting events after something that you put together at Cornell?

Kirsten: Yes we had our first soil painting at Cornell in 2015, and I was asked by a professor-who had seen some of the soil painting work that I was doing for myself-if I would come and organize a large soil painting event at Cornell so I drew a quite complicated canvas. I recruited a handful of other artists / scientists to paint that with me. And then had the blank canvas on the side for anyone to try. S big part of this is that the time-we record time-lapse videos of the events, and then we turn them kind of into a product. And we put that online, and then it can go much farther than of course the people who were passing by in the library of that day. So the Food and Agriculture Organization of the United Nations saw the video that we had made of our event. And they instituted an international soil painting contest directly based off of the work that we did here at Cornell. [They] asked us to enter into it and then luckily we won in the university category because I would have been horrified not to.

Charlie: I think I understand. So this was all to bring attention to soil, and there's actually a whole day dedicated to soil around the world that's coming up, right?

Kirsten: Yeah, World Soil Day. So that's December 5th. We're not planning on doing anything large -at least at Cornell this year- but 2020 I am planning on having a large event at Cornell hopefully you can come.

Charlie: I would love it and I am excited to see how big and amazing it's going to be. And I will put a link in our description to the Soil Health Labs webpage and to Kirsten's bio and also to all the different videos that she's created with her art projects. And that's our episode for today. Thank you for watching. It is our last episode for the season, but we will be back next year with more Good Work in New York and that's some Good Work New York. Bye!. 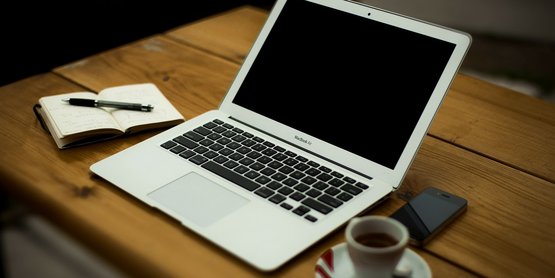